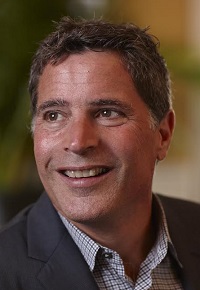 Bill Taylor has encouraged a generation of executives and company-builders to think differently about change, leadership,and the new world of work. A spirited and hard-charging entrepreneur, Bill co-founded Fast Company, easily the most influential voice on business and innovation in the last two decades. Fast Company chronicles the revolution in management and competition driven by technology, and profiles the mavericks and rule breakers who achieve outsize success by taking a different path. In less than six years, a magazine that took shape in borrowed office space in Harvard Square sold for $340 million. In addition to writing, Bill’s passion has always been speaking – bringing audiences groundbreaking new ideas and techniques to compete, innovate, and succeed. He’s also authored three bestselling books on leadership, culture, and change. His latest, Simply Brilliant: How Great Organizations Do Ordinary Things in Extraordinary Ways, was named “Best Strategy &amp; Leadership Book of 2016” by 800CEORead.

Bill Taylor has encouraged a generation of executives and company-builders to think differently about change, leadership,and the new world of work. A spirited and hard-charging entrepreneur, Bill co-founded Fast Company, easily the most influential voice on business and innovation in the last two decades. Fast Company chronicles the revolution in management and competition driven by technology, and profiles the mavericks and rule breakers who achieve outsize success by taking a different path. In less than six years, a magazine that took shape in borrowed office space in Harvard Square sold for $340 million. In addition to writing, Bill’s passion has always been speaking – bringing audiences groundbreaking new ideas and techniques to compete, innovate, and succeed. He’s also authored three bestselling books on leadership, culture, and change. His latest, Simply Brilliant: How Great Organizations Do Ordinary Things in Extraordinary Ways, was named “Best Strategy &amp; Leadership Book of 2016” by 800CEORead. His previous books include Practically Radical and Mavericks at Work. Bill created the “Under New Management” column for The New York Times and has published numerous essays and CEO interviews in the Harvard Business Review, where he now blogs regularly.
Bills’ latest book, Simply Brilliant: How Great Organizations Do Ordinary Things in Extraordinary Ways, offers a set of messages and a collection of case studies about how to unleash breakthrough creativity and cutting-edge performance in even the most competitive, hard-to- change fields. Simply Brilliant was published in September 2016 by Portfolio. The book was named “Best Book of 2016” by Leadership Now. Wharton professor Adam Grant calls it “a fascinating look inside companies that are rewriting rules of success.” Sir Ken Robinson says it “offers transformative messages for leaders in all walks of life.” Simply Brilliant is a sequel of sorts to Bill’s popular book, Practically Radical: Not- So-Crazy Ways to Transform Your Company, Shake Up Your Industry, and Challenge Yourself. Bestselling author Daniel H. Pink called Practically Radical “the most powerful and instructive change manual you’ll ever read.” Anne Mulcahy, former chairman and CEO of Xerox, called it “a handbook for successful transformation and a great tutorial for implementing your change agenda.”
Before Practically Radical, Bill co-authored Mavericks at Work: Why the Most Original Minds in Business Win. Just weeks after its release, Mavericks became a New York Times bestseller, a Wall Street Journal Business bestseller and a BusinessWeek bestseller. The Economist called the book “a pivotal work in the tradition of In Search of Excellence and Good to Great.” The Economist also named Mavericks one of its “Books of the Year” for 2006, as did The Financial Times.
Bill’s three books are just the latest chapter in a career devoted to challenging, conventional wisdom and showcasing the power of business at its best. As co-founder and founding editor of Fast Company, he launched a magazine that won countless awards, earned a passionate following among executives and entrepreneurs around the world—and became a legendary business success.
Fast Company has won just about every award there is to win in the magazine world, from “Startup of the Year” to “Magazine of the Year” to three National Magazine Awards. In recognition of Fast Company‘s impact on business, Bill was named “Champion of Workplace Learning and Performance” by the American Society of Training and Development. Past winners include Jack Welch of GE and Fred Smith of FedEx.
A graduate of Princeton University and the MIT Sloan School of Management, Bill Taylor lives in Wellesley, Massachusetts, with his wife and two daughters.

THE HARD WORK OF BIG CHANGE
Transforming Your Organization and Challenging Yourself
In an era of hyper-competition and non-stop disruption, the most urgent work for organizations everywhere is the work of
making meaningful, deep-seated change. When customers have higher expectations than ever, digital technologies and new business models create more choices than ever, determined rivals are more numerous than ever, then familiar strategies and established ways of working are less effective than ever. That means even the most successful companies have to rethink and re-imagine every aspect of how they do business and deliver results. But how do you break new ground when there is so much pressure to avoid mistakes? How do you keep people focused and confident in a world that seems so uncertain? In short, how do you unleash long-lasting, positive change in turbulent, fast-moving times?
LEADERSHIP IN AN AGE OF DISRUPTION
Don’t Let What You Know Limit What You Can Imagine
In a world being remade before our eyes, leaders who make a difference are the ones who can reimagine what’s possible at their  organization and in their field, and who can turn bold strategies into relentless execution. And they’re not just CEOs; they’re executives running business units, managers in charge of key departments, engineers or marketers running project teams, entrepreneurs building a company from scratch. Regardless of their formal role or title in the organization, high-impact leaders exude both originality and utility—provocative thinking that energizes their colleagues, a roll-up- the-sleeves approach to work and culture that shapes how everyone shares ideas and solves problems. Put simply, the best leaders are the most insatiable learners and the most effective communicators. In this keynote, Bill Taylor offers hands-on thinking gleaned from the most extraordinary leaders he’s studied over the last 25 years.
NEW RULES FOR ENTREPRENEURS
Succeeding in a World Where the Smart Take from the Strong
There has never been a more exciting time to be an entrepreneur, whether it’s building a company from a blank sheet of paper, launching or investing in a franchise, or starting something new inside an established organization. In the old world of business, the strong took from the weak. If you had the deepest pockets, the biggest factories or labs, the best-known brands, you won by virtue of your power. In the new world of business, the smart take from the strong. The most successful entrepreneurs don’t try to out-compete their bigger rivals; they redefine the terms of competition by embracing one-of- a-kind ideas in a world filled with me-too thinking. Thanks to the revolutions in computing, communications, and social media, along with an explosion of new business models and new sources of financing, smaller and smaller groups of people can do bigger and bigger things. In this keynote targeted to entrepreneurs, small-business leaders, and franchise owners and operators, Bill Taylor offers lessons from some of the world’s most successful company-builders.
TALENT, CULTURE, AND THE NEW WORLD OF WORK
How to Unleash and Sustain Fierce Execution and Nonstop Innovation
Business today is about distinctive competitive strategies, game-changing technologies, and creative social media and marketing. But the most successful organizations, those built on fierce execution and nonstop innovation, work as distinctively as they compete. The first question great organizations can answer is: What separates us from our rivals in the marketplace? But the next question is: What holds us together as colleagues in the workplace? In an era of brash ideas and disruptive business models, organizations that create the most extraordinary value are the ones that generate the most widely shared sense of commitment, connection, and compassion among colleagues. Whether you’re in a fast-moving technology field or a more traditional, slow-to- change industry, your organization can’t be exceptional in the marketplace unless it creates something exceptional in the workplace. In this strategic and deeply human talk, Bill Taylor draws on his
access to some of the world’s most high-performing and creative workplaces to explore how organizations can unleash and sustain a culture of fierce execution and nonstop innovation. His ideas, lessons, diagnostics, and case studies are a pragmatic guide and cutting-edge agenda for recruiting, evaluating, organizing, and retaining talent.

“The standing room only crowd was a testament to both Bill Taylor’s content and style and the incredible interest our participants had in his material.” Jewish Federations of North America

“Bill Taylor did a fantastic job. He inspired us and made us think.” Panera Bread

“Bill Taylor knocked it out of the park! He had a great style and delivery, and the message was bang-on what we were looking for. He also did the best job I’ve ever seen of tying his message back to comments and examples from internal speakers that spoke before him. We really enjoyed having him.” General Mills

“Bill Taylor was outstanding. He was an entertaining storyteller who did a great job of connecting the dots between our business and his knowledge of client experience and innovation.” Shook, Hardy and Bacon