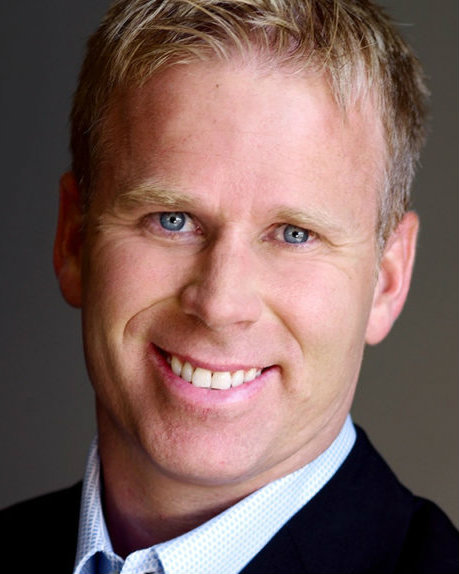 Gerry Dee is one of Canada’s most famous and beloved stand up comedians and actors. He’s been on NBC, CBC, CBS, the Late Late Show, and tours North America doing the fun, clean comedy that he is so renowned for – which also just happens to be side splitting, laugh out loud funny.

A bit about Gerry:   He spent 10 years as a high school teacher before making the switch to full time comedy and acting in 2003. After years of hard work on the road doing stand up comedy, Gerry created his TV sitcom “Mr. D” in 2011, based on his real life experiences as a high school teacher.  The show ran for 8 incredible seasons on CBC before just recently wrapping it up in 2018. He currently is working on developing number of different projects, all the while continuing to tour the U.S. and Canada.

What’s next for Gerry remains to be seen, but we can’t wait to watch it on TV or live in person. In the meantime, Gerry is available for select engagements for private events, so don’t hesitate to contact us to have Gerry brighten up your conference or event, with his indelible sense of fun and comedy.

Gerry Dee began his comedy career in a very different fashion. The son of Scottish immigrant parents, Gerry was born in Scarborough, Ontario and grew up in Toronto. He currently splits his time between living in Los Angeles and Toronto.

He spent 10 years as a high school teacher before making the switch to full time comedy and acting in 2003.

In 1999, he won Toronto’s Funniest New Comic competition. He would later tape his own half hour Comedy Now Special on CTV and The Comedy Network in 2001. He has attended a variety of comedy festivals, namely The US HBO Comedy Arts Festival in Aspen and The Montreal Just For Laughs Festival where he made his CBC Gala appearance in July 2004 and again in 2007, 2009 and 2010.

In 2002, he was the first Canadian in 27 years to win the prestigious San Francisco International Comedy Competition. Former comics who got their start in this competition include Robin Williams, Dana Carvey and Ellen Degeneres to name a few.

In 2003 he made his US network debut when he performed on CBS’ Star Search with Arsenio Hall. A year later he would appear on The Late Late Show with Craig Kilborn.

In 2004, he appeared in the CBS Sports reality series PGA Tour 18: Golf’s Ultimate Round. As well, National Lampoon featured him in a DVD which was released in 2004.

He was voted as the third best comedy show of 2004 in Toronto by Now Magazine.In April 2006, he appeared in the CBC mini-series Canada Russia 72 where he played the role of Boston Bruin great Wayne Cashman. In the summer of 2006, he played “Donny” in the much anticipated Trailer Park Boys: The Movie.

He appeared on Season 5 of NBC’s Last Comic Standing 5 where he finished third. The highest finish by a Canadian in the history of the show.

In 2008 Gerry won Best Comic in Canada at the 2008 Canadian Comedy Awards. You can also watch Gerry weekly on The Score with his very humorous segment called Gerry Dee-Sports Reporter.

Gerry’s new sitcom Mr. D, which he created, writes and stars in premiered in January 2012 on CBC to 1.3 million viewers. It was the highest rated scripted show premiere for the network in 7 years. The show is based on Gerry Dee’s real-life experiences as a high school teacher before he switched to comedy full-time. The premise shines the light on teaching from the teacher’s point of view, and as it turns out, teachers don’t know everything, especially Mr. D — who struggles to keep one step ahead of his students.

An Evening of Comedy with Gerry Dee