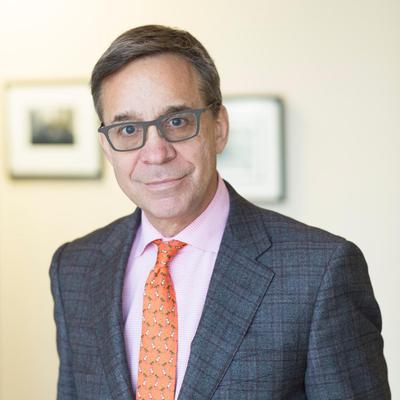 Howard Levitt is the best known and most widely quoted authority on employment law in Toronto, and across Canada. He writes a weekly employment law column in the  National Post, hosts a weekly talk show on employment law on Newstalk 1010 CFRB, and is the author of a number of Canada’s leading employment law text books. It’s been said by ROB Magazine as recently as July 2018 that, when you engage Howard Levitt, it’s like “Bringing a bazooka to a gun fight”. Another once said of Howard, “His adversaries hold him in awe”. Employment law and workplace do’s, dont’s and trends are changing rapidly, and the best person, “bar” none in Canada to explain it all to your group is Howard Levitt.

Howard practices employment law and labour law in Toronto, the GTA and throughout Canada and has an extensive national profile. Any lawyer can settle a case in some amount. Howard Levitt’s settlements are noteworthy as a result of his effective and tireless representation.  Mr. Levitt conducts his own trials, which is not the case for many employment lawyers.

Howard is the labour lawyer and employment lawyer for many of Canada’s largest corporations and acts as chief spokesperson for numerous collective bargaining negotiations in a variety of industries. He conducts lobbying at the Federal and Provincial level on behalf of several clients regarding labour legislation. Howard frequently represents other lawyers and provides his opinions on complex employment matters when requested.

Over the past 36 years, Howard has lectured at seminars across Canada, appearing at over 400 employment law conferences.

The Top 5 Biggest Mistakes Companies Make
In this eye opening talk, Howard explains some of the most common mistakes that employers make in employment law, while also discussing how to better manage employees from the legal workplace perspective. Whether you run an HR department at a Fortune 500 firm, or have a company with less than 10 employees, this talk is a must hear, especially if you want to engage in absolute best practices when it comes to hiring, firing, work agreements, unions, and much more. As Howard will show in this lively keynote, not knowing the law can be a very expensive, and time consuming proposition – for your company as well as your employees.
Trends in Canadian Employment Law
The workplace is a constantly evolving place. What might have been a seemingly innocuous comment at work
20 years ago can land your company in some very hot water today. Since the #Metoo movement, omnipresent human rights commissions and gender neutral pronouns have become part of the workplace lexicon, it seems what you can and cannot say at work is in perpetual flux, and  you need to know how to navigate these changes to keep your workplace from becoming a place that, without your knowledge has become “toxic” or “hostile”, even though it seems not to be.
In this talk, Howard will discuss how employment law has changed over the years, and where it might be heading. Knowing which way the wind is blowing can help your company prepare for, and protect itself from, the new legal realities employers face.