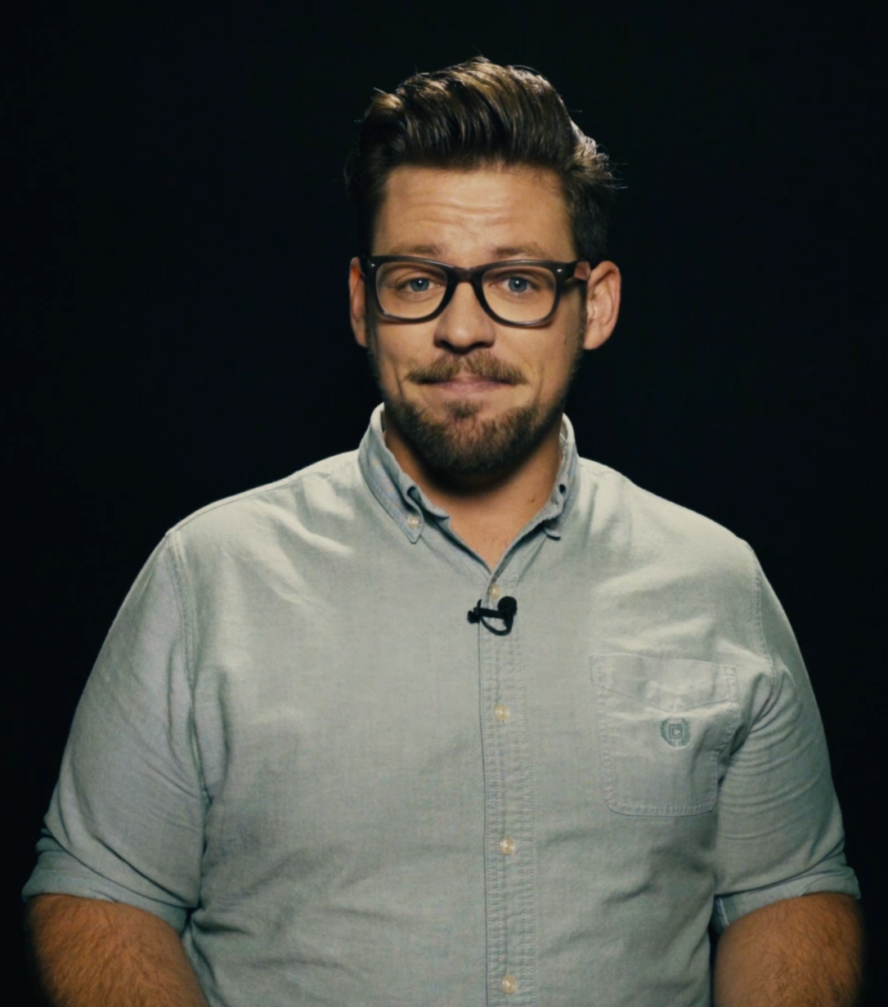 NICK SAIK IS THE CEO OF KNOW IDEAS MEDIA, AS WELL AS THE DIRECTOR AND PRODUCER OF NICK SAIK PRODUCTIONS
All of Nick Saik’s keynotes focus in one way or another on Agricultural Communications. He says: “My talks revolve around the idea of building a bridge between the people who grow food, and the people who consume it. Simple as that.”
But that’s not all. Nick also likes to dispel food myths and misinformation: Do certain pesticides cause cancer? There are studies that claim they do, but Nick digs deeper and looks at who is funding those studies. His research is eye opening, and maybe a bit shocking.  Can we feed the world without using the best pesticides – or will this cause food insecurity and starvation? Are GMO (Genetically Modified Organisms) food crops really bad for us? Is “Eating Organic” and “Eating Clean” that much better for us than not, and is it even truly possible to eat clean? What does that even mean? And why are Hollywood celebrities brow beating the rest of with their “clean” diets… is it just to sell books that might be full of misinformation?
Nick’s keynotes range from “GMO: The Status Quo” to “Talking To The Public About Agriculture”, and much more. Because Nick is not a farmer, his talks bring a balanced, nuanced perspective about the food we eat, the food we produce, and how we should be talking about it.

As the driving force behind KNOW IDEAS MEDIA, Nick is a communicator in the fields of agriculture, food, and their related sciences. In addition to articles, and public speaking engagements, Nick has a very active social media presence and YouTube channel that features original videos every week. Those videos are often shared by significant food and agriculture sites, in addition to trending as high as #2 on popular sites like Reddit, with collective views for a single video on various major sites reaching as high as 35 million. Nick is proud to be known for being fair-minded, well-researched, and for presenting facts with both grace and humor. Nick is also very proud to be a source that is highly trusted within the agriculture industry, as well as outside of it.

Nick is neither a scientist or a farmer, which allows him to better understand the average consumer’s perspective. Thanks to many years of direct experience doing communications work, Nick has learned a great deal about what truly changes minds and how to build genuine consensus- about the usual challenges that range from zealous, aggressive activists, to misinformation that refuses to go away.

GMO: The Status Quo
In this presentation, Nick poses a simple question to the audience: What happened to food? He shows that our global level of food security is high, yet our anxieties about how food is produced are also just as high, which makes little sense.  Nick explains the concept of frame-of-reference, and uses it to illustrate that the semantic debate over food production so often boils down to the fact that seed and chemical companies, farmers, and consumers, are all seeing food from different perspectives, which causes the conversation to quickly break down. It’s shown that consumers are struggling to understand these other perspectives, because they lack involvement in the supply chain, and that abundance creates a lack of perspective, and that food is so tied to status, that it’s difficult to frame a conversation about food through a privileged North American or European point of view.  Nick moves the conversation to Africa, specifically Uganda and Kenya, where there is a direct need to innovation in food production, and where the collective involvement (and thus understanding) in food production is high.  The audience is cautioned about appropriation, and Nick is careful to acknowledge his privilege, while also giving space for Africa to speak for itself.  Nick re-asks the question: What happened to food? And shows that the answer depends on perspective. In Africa, the hesitancy to adopt technologies like Genetic Engineering are fueled from foreign interference, and that foreign interference is not countered to the same degree with good information. Nick shows that solutions to current challenges exist, but are shelved due to the high cost of deregulating crops made with genetic engineering. He explains that large seed and chemical companies, like Bayer, Corteva, or Syngenta, have a vested interest in anti-GMO protesting, because it keeps the regulatory barrier to the market extremely costly, hence unattainable for many academically led cropping projects. The result is stifled innovation, and a profitable status quo that remains as is it because of apathy.
Chemophobia In Food And Medicine
In this presentation, Nick aims to highlight the ways in which our societal anxieties about chemicals affect consumer’s relationships with both food and medicine. Nick walks the audience through the concept of “clean eating”, and it’s correlation to celebrity culture and the idea that food is a status symbol. He explains the eating disorder known as Orthorexia, which is the idea of healthy eating taken to an unhealthy degree. Nick shows that much of our collective anxiety about chemicals in food is capitalized on and re-enforced by the way food is marketed, and the result is a world where consumers are hesitating when it comes to things like vaccine adoption, or the acceptance of the use of agro-chemicals such as Roundup (Glyphosate).  Towards the end of the presentation, Nick goes into granular detail about Roundup, and the recent lawsuits against Bayer (Monsanto), that allege that Roundup is carcinogenic, despite the fact that almost every chemical regulator in the world has confirmed it’s safety and lack of toxicity. The presentation concludes with a call to action for professionals in the medical or agricultural field, to not amplify messages that cast doubt on chemical use, because both medicine and agriculture are heading into a period where nimble use of chemicals will be required to fight chemical resistance, and meet a growing demand.
GMO: Safe or No?
In this presentation, Nick works from the standard definition of GMO to expand on various methods of breeding and genetic engineering. The audience learns about selective breeding, mutagenesis, and horizontal gene transfer. Nick explains that many organisms (including humans) share DNA with other organisms, and that nature has moved genes from one organism to another for a very long time. The presentation drills down into genetic engineering in food specifically, and illustrates the various kinds of genetically engineered food. Nick shows that much of the concern about GMO food focuses on herbicide tolerant crops, and ignore many other applications of genetic engineering, many of which reduce chemical application. The talk concludes with several real-world examples of agricultural challenges that could be mitigated by applying this technology.
Talking to The Public About Agriculture
In this presentation, Nick shares his experiences in talking to the public about food production and agriculture. Nick explains that Know Ideas Media (his science communication company), has developed a methodology for interacting with the public that has a great success rate. He shares these tips and tricks on effective communication, while pointing out that speaking directly to the public is the equivalent of fighting individual communication “battles”. That said, Nick explains to the audience that we can’t just fight the battles, we have to win the communications war, which means holding those accountable who share faulty messages about agriculture and food production. Unfortunately for the Ag sector, this means that a civil war of sorts is required, because much of the bad information about food production is delivered through outlets the public sees as a part of the Ag industry, thus we’re the ones giving the public bad information about our own industry. Nick points out that while activists with an anti-ag mandate may initiate new campaigns of misinformation, it’s our industry that monetizes those campaigns, and seeks to create premium markets based on what the public is demanding.  This presentation ends with a discussion about how best to solve this communications problem for agriculture.