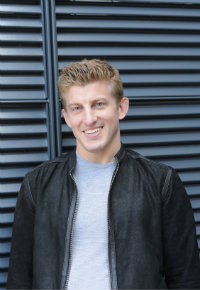 For over a decade, philosopher and energy expert Alex Epstein has predicted that any negative impacts of fossil fuel use on our climate will be outweighed by the unique benefits of fossil fuels to human flourishing–including their unrivaled ability to provide low-cost, reliable energy to billions of people around the world, especially the world’s poorest people.

And contrary to what we hear from media “experts” about today’s “renewable revolution” and “climate emergency,” reality has proven Epstein right:

•  Fact: Fossil fuels are still the dominant source of energy around the world, and growing fast—while much-hyped renewables are causing skyrocketing electricity prices and increased blackouts.
•  Fact: Fossil-fueled development has brought global poverty to an all-time low.
•  Fact: While fossil fuels have contributed to the 1 degree of warming in the last 170 years, climate-related deaths are at all-time lows thanks to fossil-fueled development.

What does the future hold? In Fossil Future, Epstein, applying his distinctive “human flourishing framework” to the latest evidence, comes to the shocking conclusion that the benefits of fossil fuels will continue to far outweigh their side effects—including climate impacts—for generations to come. The path to global human flourishing, Epstein argues, is a combination of using more fossil fuels, getting better at “climate mastery,” and establishing “energy freedom” policies that allow nuclear and other truly promising alternatives to reach their full long-term potential.

Today’s pervasive claims of imminent climate catastrophe and imminent renewable energy dominance, Epstein shows, are based on what he calls the “anti-impact framework”—a set of faulty methods, false assumptions, and anti-human values that have caused the media’s designated experts to make wildly wrong predictions about fossil fuels, climate, and renewables for the last fifty years. Deeply researched and wide-ranging, this book will cause you to rethink everything you thought you knew about the future of our energy use, our environment, and our climate.

Alex Epstein is a philosopher and energy expert who argues that “human flourishing” should be the guiding principle of industrial and environmental progress. He founded Center for Industrial Progress (CIP) in 2011 to offer a positive, pro-human alternative to the Green movement.

Epstein is the author of The Moral Case for Fossil Fuels (Penguin, 2014), a New York Times bestseller arguing that if we look at the whole picture, human flourishing requires that humanity use more fossil fuels not less. The book has been widely praised as the most persuasive argument ever made for our continuing use of fossil fuels, winning Epstein the “Most Original Thinker of 2014” award from The McLaughlin Group. His latest book is “Fossil Future”, 2022, (Penguin Random House).

Epstein, known for his willingness to debate anyone, anytime, has publicly debated leading environmentalist organizations such Greenpeace, the Sierra Club, and 350.org over the morality of fossil fuel use versus their own agendas. He has made his moral case for fossil fuels at dozens of campuses, including Harvard, Yale, Stanford, and Duke (his alma mater). He has also spoken to employees and leaders at dozens of Fortune 500 energy companies, including ExxonMobil, Chevron, Phillips 66, Valero, Enbridge, and TransCanada.

In his speeches and consulting work he helps companies take his pro-human messaging and use it to neutralize attackers, turn non-supporters and supporters, and turn supporters into champions. One of his major goals is to teach employees in the fossil fuel industry—in the face of hostility from the media and the academy—to understand the value of what they do and how to communicate it.

How to Talk to Anyone About Energy
Every employee in the energy industry deserves the opportunity to understand the value of what they do—and how to communicate it to others. This speech shares the key principles employees need to effectively communicate what they do to their personal networks, both online and offline.

How to Win Hearts and Minds
This speech, designed for senior management, discusses why companies have so much difficulty winning the hearts and minds of their stakeholders, including employees—and how reframing the conversation is the fundamental solution.

Workshop: How to Have Constructive Conversations About Energy
This one-day workshop gives teams custom guidance on dealing with their most important
audiences and communication challenges.

Stakeholder Strategy Session
This day-long session is for organizations that are undertaking a new, significant communication
project and want to maximize their chances of success. Using a framework called “The 10 Ms”
Alex Epstein takes project leaders through the following 10 questions. 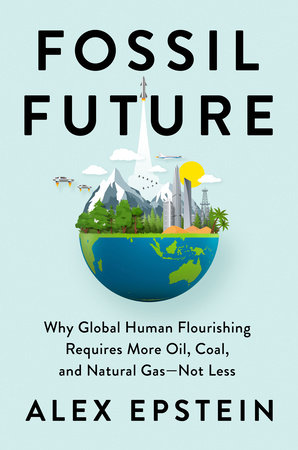