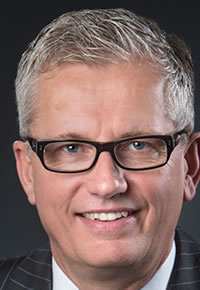 With over 15 years in Government, as an MP and federal cabinet minister, Monte has heard thousands of pitches from “Government Relations” pros and amateurs alike. Therefore, there is no one better suited than Monte to explain how to actually meet politicians and officials to discuss your organization’s concerns, and how to overcome their potential objections or worse, indifference to your message – and still feel good about yourself.

Best of all, you’ll be entertained by Monte’s wry keynote while you learn: Monte was frequently selected by Parliament Hill staffers as one of the wittiest MPs on the Hill.  Yes, Monte Solberg makes “Government Relations” a quasi, semi-fun topic as no one else can.

If you are looking for a talk on “GR” or simply want a presentation on the state of the nation, the economy, and more – then don’t hesitate to contact us to book Monte for your next event.

Monte is the Principal of New West Public Affairs. Since 2008 he has provided communications, government relations and public affairs advice to some of Canada’s largest companies and organizations.

Previously, Monte was a Member of Parliament (Medicine Hat) from 1993 – 2008. He served under Prime Minister Harper as Minister of Citizenship and Immigration, and as Minister of Human Resources and Social Development. He served on various cabinet committees including Economic Growth and Long-term Prosperity, and Foreign Affairs and National Security

While in Opposition, Monte served as his party’s Chief Critic for Finance and Foreign Affairs. Parliament Hill staffers selected Monte as one of the top communicators in Parliament.

He is a popular political commentator making appearances in major media outlets across Canada. He is also a popular keynote speaker.

How to Save Your Organization from Government Bureaucrats and Bad Policy, and Live to tell About It.

Monte’s keynote on how to deal with government is a must hear for anyone in a regulated industry, or for any association, company, union, or small business; in short, it’s a talk for everybody! Some of the takeaways from this talk include:

– How to make a good first impression with officials

– Finding out who influences the decision makers

“At a conference, I recently attended, Monte made a superb presentation. It was full of insightful suggestions about getting your message through to elected officials and public servants. His experience at both delivery and receiving ends shone through. Most useful.” Carleton University

“I very much enjoyed your presentation at the recent Scaling Up conference in Ottawa. Your message on how to communicate with government was both entertaining and informative. And of course, it comes with your credentials of having served as a federal Cabinet Minister. Many of the conference delegates have asked that you return again next year. Conference speakers who can engage the audience are rare, but you really were a highlight of the event. For others who are looking for a credible, informative and engaging speaker, I will absolutely recommend you.” Scaling Up Conference

“A gifted communicator and speaker, Monte drew from his considerable experience as a former parliamentarian, political commentator, columnist and public affairs strategist to deliver a speech at our annual public policy symposium that was filled with topical political commentary and observations, and a healthy dose of humour.” Manitoba Real Estate Association