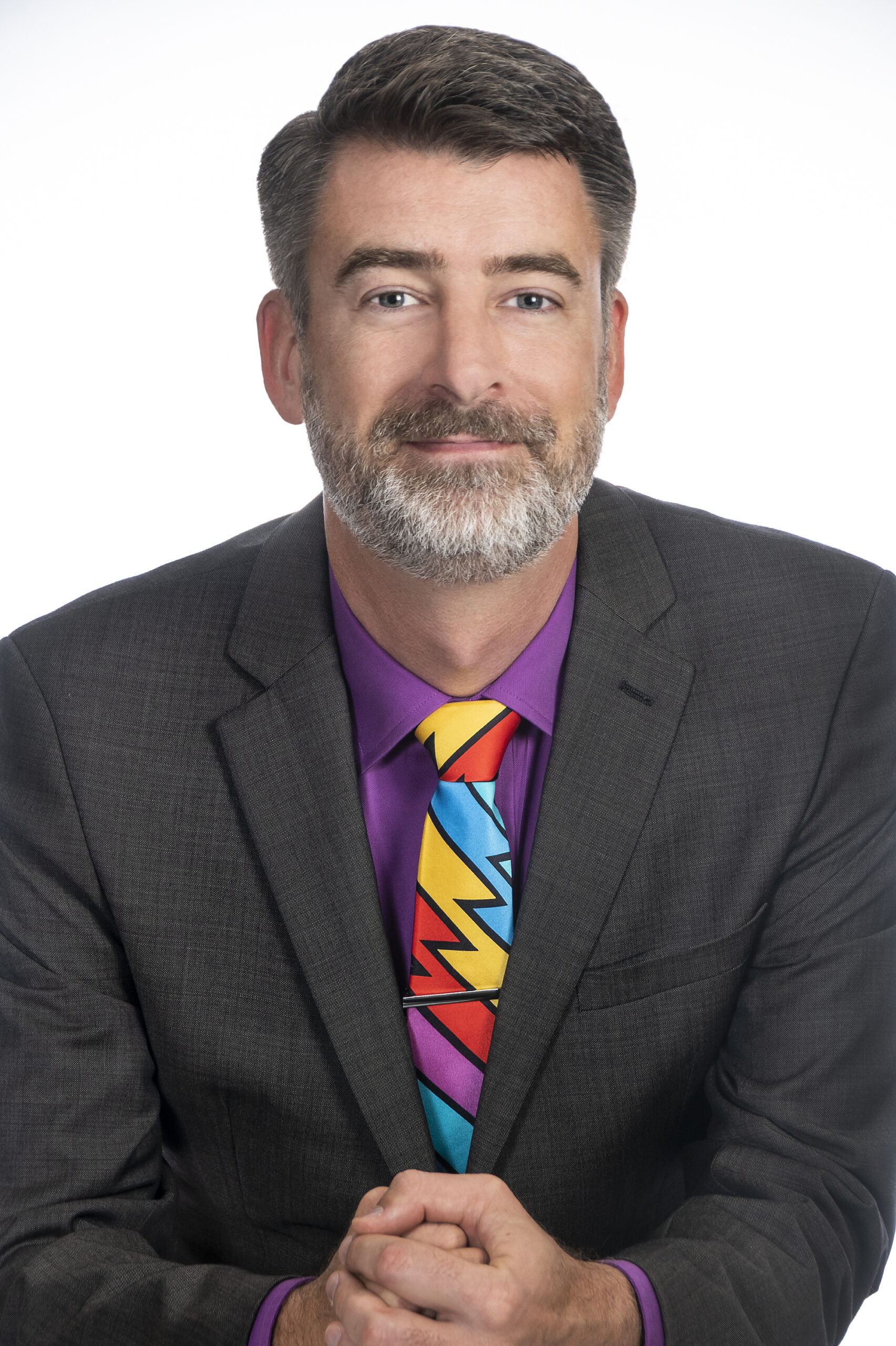 Peter Zeihan is a geopolitical strategist, which is a fancy way of saying he helps people understand how the world works. Peter combines an expert understanding of demography, economics, energy, politics, technology, and security to help clients best prepare for an uncertain future.

Over the course of his career, Peter has worked for the US State Department in Australia, the DC think tank community, and helped develop the analytical models for Stratfor, one of the world’s premier private intelligence companies. Peter founded his own firm — Zeihan on Geopolitics — in 2012 in order to provide a select group of clients with direct, custom analytical products. Today those clients represent a vast array of sectors including energy majors, financial institutions, business associations, agricultural interests, universities and the U.S. military.

With a keen eye toward what will drive tomorrow’s headlines, his irreverent approach transforms topics that are normally dense and heavy into accessible, relevant takeaways for audiences of all types.

Peter is a critically-acclaimed author whose first two books — The Accidental Superpower and The Absent Superpower — have been recommended by Mitt Romney, Fareed Zakaria and Ian Bremmer. His latest third title, Disunited Nations: The Scramble for Power in an Ungoverned World became available in March 2020.

Peter’s fourth book, The End of the World is Just the Beginning: Mapping the Collapse of Globalization, became available in June 2022.

AFTER THE PEAK: FINANCE IN AN AGE OF LESS

For the past three decades our world has known ever-rising volumes of money. Whether from Wall Street, the Federal Reserve, Europe or East Asia, this rising tide of capital at ever-cheaper rates has defined the post-Cold War era. It’s ending. Now. For reasons geopolitical and demographic, the globalization of finance is in its final months just as the overall inflows are dissolving for reasons demographic. This isn’t momentary. We will not return the capital structure of the 2000s and 2010s within our lifetimes. The questions now become how deep the crash will be, which sectors will suffer the most, and what islands will be able to weather the coming financial storm?

AT THE EDGE OF DISORDER

The concept of countries being able to buy and sell their wares openly on the international marketplace is inviolable. The freedom to sail one’s products around the world is a given. Everything from the transfer of money to the accessibility of energy is sacrosanct. Yet all this and more is artificial: an unintended — if happy — side effect of the American-led global Order. With that Order in its final days, all countries and all industries must learn to operate in a world as unstructured as it is dangerous. Join us as Peter Zeihan lays out how we got to where we are, and what the future holds for sectors as diverse as energy, agriculture, finance, manufacturing and transport.

A WORLD WITHOUT CHINA

Three pillars support modern China’s success: global trade, internal political unity, and easy money. With those three pillars, China has managed to shake 2000 years of war and occupation and remake itself as one of the world’s most powerful countries. Yet none of these three pillars can stand without American assistance, and that cooperation is ending. China’s “inevitable” rise isn’t simply over, it is about to go into screeching, unrelenting, dismembering reverse. But that’s hardly the end of history. When a country falls — particularly the world’s top manufacturing power — the ripples affect countries and industries near and far. Learn who benefits and who loses in a world without China.

THE RETURN OF DOLLAR DIPLOMACY

The Mideast wars have left the United States exhausted and leery. Immigration has become a four-letter word. Shale has severed most of the ties that bind. In sum, the United States has lost interest in the wider world and so is already hip-deep in a decade-long retrenchment. That will change not just the world, but America itself. Such evolutions will make next phase of American engagement not just more thoughtful and surgical, but also more lucrative.

AMERICA ON THE EDGE

The world as we know it is ending. Global trade and everything that comes from it — cheap Asian goods, international energy markets, global agriculture, stable finance — is about to unravel. Out of all this the Americans — cast in both the role of disruptor and survivor — are making decisions that will shape both themselves and the rest of the world for decades. Get a sneak peak at the future of energy, agriculture, finance, and the role America will play in the world to come.

THE END OF EUROPE

Five recessions in nine years. A litany of debt debacles. Ossified institutions incapable of change. Rising populism. Refugee floods. Russians growling at the border. And that’s the good news. Despite a decade of crisis none of Europe’s problems have had their root causes addressed, and now time is simply up. Everything that makes modern, wealthy, cosmopolitan, democratic Europe possible is breaking apart, and the Europeans are about to lose far more than “merely” a decade. Discover what makes Europe tick, what is tearing it down, and most of all, what is next.

RETOOLING FOR THE END OF THE WORLD

Supply chains are shattering like toothpicks. Energy supplies face their greatest stress of the modern era. Global agriculture is being unmade day by day. Finance has peaked, and it is a long way down. Far from expanding out of control, populations are instead crashing. We face nothing less than the end of the globalized age. Are you ready? No? You’re hardly alone. Join us as geopolitical strategist Peter Zeihan lays out the end of the old world, and the beginning of the new.

AMBER WAVES OF (AMERICAN) GRAIN: THE FUTURE OF GLOBAL AGRICULTURE

Modern agricultural patterns are the result of three largely unrelated factors: low-risk global trade, insatiable Asian demand, and unlimited cheap credit. Within the next five years, all three of these trends will not just evaporate, but invert. When that happens, the only thing that will hurt more than the gradual loss of demand will be the sudden collapse of supply. However, none of this impacts the American producer – it therefore will be the United States that will reap the benefits of its productivity and stability for decades to come.

As the global system evolves no country is better positioned than Canada. Very soon Canada’s choices will be about how to take advantage of opportunities, rather than how to avoid complications. But in this very silver lining is a very dark cloud. The same evolutions that will allow Canada unprecedented opportunities for wealth and respect also hold the possibility of damaging the Canadian state. This time the dangers do not originate from the United States, but from within Canada itself. And they could very well prove mortal.

Other topics, ask us for a write up:

THE NEW FACE OF TERRORISM

THE NEW FACE OF IMMIGRATION

SEVEN(TEEN) YEARS OF LEAN: THE FUTURE OF GLOBAL FINANCE

WHAT EVERY FINANCIAL PROFESSIONAL SHOULD KNOW ABOUT GEOPOLITICS

POWERS OF YESTERDAY, POWERS OF TOMORROW

2019 was the last great year for the world economy.

For generations, everything has been getting faster, better, and cheaper. Finally, we reached the point that almost anything you could ever want could be sent to your home within days—even hours—of when you decided you wanted it.

America made that happen, but now America has lost interest in keeping it going.

Globe-spanning supply chains are only possible with the protection of the U.S. Navy. The American dollar underpins internationalized energy and financial markets. Complex, innovative industries were created to satisfy American consumers. American security policy forced warring nations to lay down their arms. Billions of people have been fed and educated as the American-led trade system spread across the globe.

All of this was artificial. All this was temporary. All this is ending.

In The End of the World Is Just the Beginning, author and geopolitical strategist Peter Zeihan maps out the next world: a world where countries or regions will have no choice but to make their own goods, grow their own food, secure their own energy, fight their own battles, and do it all with populations that are both shrinking and aging.

The list of countries that make it all work is smaller than you think. Which means everything about our interconnected world—from how we manufacture products, to how we grow food, to how we keep the lights on, to how we shuttle stuff about, to how we pay for it all—is about to change.

A world ending. A world beginning. Zeihan brings listeners along for an illuminating (and a bit terrifying) ride packed with foresight, wit, and his trademark irreverence.