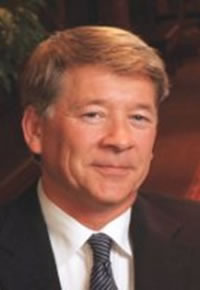 It’s been said that when it comes to Agricultural marketing, management, and technology integration, Rob Saik is “an educator, entrepreneur, innovator, visionary, consultant, advisor…” and more. Keynote speaker and author of the Amazon 2014 Best of Books, “The Agriculture Manifesto – 10 Key Drivers that will Shape Agriculture in the Next Decade”, as well as his latest book “Food 5.0: How We Feed The Future” which has just been released in August 2019, and is the topic of his latest keynote. He is also the founder of The Farm Forum Event, publisher of The AgADVANCE Journal, and Executive Producer of “KNOW GMO – The Movie: An Uplifting Discussion About Food”.

Rob has given talks to agricultural groups and has visited farms all over the world, from Peru to Kazakhstan. As he highlighted in his TEDx Talk, Will Agriculture be ALLOWED to Feed 9 Billion People?, Rob is confident that agriculture can meet the challenges of providing global food security if the voices of reason and science are not drowned by the voices of fear. In his amazing talk, you will learn about apples that don’t go brown, about potatoes that don’t bruise, and about a modified strain of rice that can save malnourished children from going blind – as well as how artificial intelligence, precision agriculture, water conservation, sensor technology, satellites and data are all tools being implemented right now, on today’s “digital farm”. How is all this possible? Get Rob to speak at your next event and he will share all his incredible insights with your organization.

Robert Saik, Founder of The Agri-Trend® Group of Companies (nowpart of Trimble Navigation) is a Professional Agrologist and a Certified Agricultural Consultant.

In his capacity as Founder and now Global Business Development for Agri-Trend, Robert has been involved in the development of many new business processes and spear headed several advancements in technology integration in agriculture including the development of The Agri-Data® Solution which was a winner of Alberta’s 2002 E-business of the Year for on-line farm data management as well as 2015 Ag- Innovation of the Year Award by the Agri-Trade Show.

In addition to being a keen entrepreneur, Rob’s technical strengths lie in soil chemistry, plant physiology and crop nutrition.

Recognized as a 2012 & 2014 Western Regional Canada Top 50 Best Managed Company, Agri-Trend was also recognized by Venture Magazine as one of Alberta’s 2013 top 25 Most Innovative Organizations. He is the creator of The Agri-Prize contest series, a skills based incentive competition for agriculture and launched The Canola 100 Agri-Prize in July 2015 which is a collaboration with Agri-Trend, John Deere and Glacier Farm Media.

Robert was awarded the 2014 Canadian Agri-Marketer of the Year by the Canadian Association of Agricultural Marketers.

Robert is also the author of an Amazon 2014 Best of Books, “The Agriculture Manifesto”–10 Key Drivers That Will Shape Agriculture in the Next Decade. His is also the publisher of The AgADVANCE Journal, 2014 Western Trade Journal of the Year. He is a passionate keynote speaker addressing audiences on the importance of modern agriculture. His 2014 TEDx talk, entitled “Will Agriculture be ALLOWED to feed 9 Billion People” is a popular on-line reference and has been viewed over 90,000 times. Further, Rob is the Executive Producer of “KNOW GMO the MOVIE” a full feature movie project looking at the advancements of technology use in agriculture. This global, film festival quality documentary will be “an uplifting discussion about food” and is currently being filmed with planned release for the spring of 2016. His latest book “Food 5.0: How We Feed The Future” has just been released in August 2019, and is the topic of his latest keynote.

Rob serves on several boards and is a member of many professional associations.In 2006 he was recognized as Distinguished Agrologist of the Year by the Alberta Institute of Agrology.

He is passionate about pursuing business opportunities in the Agricultural Sector.

While denominations such as paleo, vegan, and organic debate which is “the way,” we’re ignoring a truth that affects us all:  to support a population nearing 10 billion by 2050, agriculture must become infinitely sustainable.
To feed the world, we have to grow 10,000 years’ worth of food in the next thirty years, which means farmers worldwide must increase food production by 60 to 70 percent.

This book is about the small percentage of those “farmers of consequence” being called upon to grow the vast majority of the world’s staple food supply. While mighty in their ability, they need support from a general public that increasingly has no idea how they operate.

In Food 5.0, Robert Saik takes you on a journey from the “muscle era” of farming to a future where the convergence of new technologies like sensors, robotics, and  machine learning  make  infinite sustainability achievable.  With the veil lifted on modern agriculture practices, you’ll be inspired to contribute to a culture where farmers can adopt the science and tools they need to carry out their mission of feeding the planet.

In Rob Saik’s amazing keynote presentation, you will learn about all the new and incredible technologies that is making it possible for farmers to benefit to from increased crop yields per acre but most importantly, you will take away the knowledge about what agricultural technology, particularly bio-technology is doing when it comes to saving crops. The Oranges in Florida are faced with a deadly disease; can technology help breed an orange resistant to the strain?  What can be done to help the poorest people on the planet do more with less?

Rob will take you on a journey through first world food paranoia breaking down many of the media myths and putting science into proper perspective.   Many after hearing Rob speak have stated,
“I just didn’t know that…never heard that side of the story…changed my mind…wow!”

This talk is upbeat and infused with the optimism only Rob Saik can bring. As we get ready to face a world with an exploding population, Rob Saik says we can, and we will, feed us all.

In this talk, you will learn about all the trends that are shaping Agriculture and Agri-Business in the years to come.  From Moore’s Law to the Matrix, Rob takes you on a journey of food trends and technology integration in agriculture that will leave you scratching your head.  We will look at issues surrounding “How will vertical farming impact broad acre farms and will consumers really eat 3-D printed steaks?”

There will be an examination of how technology is creating a virtual shadow of the physical farm in what Rob calls, “The Digital Farm”. And he will have you amazed as to how sensor integration together with robotic technology tied together with wireless data transfer is having a profoundly positive effect on food production and environmental sustainability.

As Rob says, the world is filled with abundance, we just need to get over the fear of science to understand, we do, in fact live in a great time!