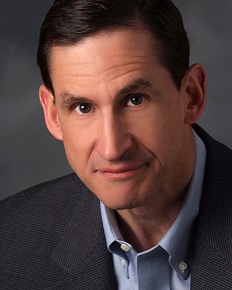 Steve Goreham is an informative and engaging speaker, delivering compelling and provocative programs to businesses, universities, and diverse organizations. Steve is an independent scholar, researcher, and futurist in the fields of energy and environmental policy, as well as a former engineer and business executive with 30 years of experience at Fortune 100 and private companies. He’s Executive Director of the Climate Science Coalition of America, an independent, non-political association of scientists and concerned citizens focused on informing Americans about the realities of climate science and energy economics.

Steve is author of two books on energy and climate change with over 100,000 copies in print. He’s a freelance columnist and frequent guest on radio and TV, including Dennis Miller, Sean Hannity, and Fox Business Channel. He holds an MBA from the University of Chicago and a BS/MS in Electrical Engineering from the University of Illinois.

Steve presents a fresh viewpoint on environmental, economic, energy, climate, and public policy topics in a down-to-earth style that all can understand, and with stories and humor that all will enjoy. Ask him to customize a program for the needs of your organization.

Modern agriculture has been remarkably successful.  From 1961 to 2013, world population more than doubled from 3.1 billion to 7.2 billion.  But global agricultural production more than tripled.  During the last 20 years, the number of undernourished people declined by 200 million.  Not only the quantity of food, but the quality and variety of food is much better than in past ages.  Indeed, people in advanced nations eat better today than kings of old.

But environmental groups decry intensive farming, and the farmer’s use of water, land, fertilizer, and pesticides.  Some think it terrible that we ship agricultural products across the world.  Meat production has become an example of unsustainability.  And genetically modified crops are now the height of evil.

Instead, trends show that modern agriculture is producing more output, of higher quality, with greater variety of products than ever before.  At the same time, farmers are using less land, less water, less pesticide, and less fertilizer.  Nor is agriculture causing measurable global warming.  The future of humanity is bright due in large measure to modern agriculture.

Why Resources Aren’t Natural and Will Never Run Out

Our modern society is blessed with an abundance of raw material and energy resources.  While some warn that natural resources are finite and being exhausted, the opposite is true.  Today we have the greatest access to resources in history.  Raw materials are natural, but resources, such as refined metal or fuel, are created by people.  The level of human technology overwhelmingly determines the availability of resources, not the amount of raw material in the ground.  With no end to the rising level of human technology, global material and energy resources will, for all practical purposes, never run out.

Corporate environmental policy should be “sensible green,” directed toward reducing pollution from industrial resource use, not restricting the use of materials or energy.

Our modern society is plagued with misconceptions about energy.  University and government leaders tell us that energy use is polluting our plant and destroying our climate, and that society is running short of coal, oil, and natural gas resources.  We live in the Age of NOPE—Not On Planet Earth.  If there is a mine, a power plant, a pipeline, a refinery, or a university investment connected to hydrocarbons, it’s going to be opposed.

But the evidence shows that societal energy beliefs are not correct. The nations that use the most energy have the lowest level of air and water pollution, and continue to reduce pollution levels.  Mounting scientific evidence shows that natural factors, not industrial greenhouse gas emissions, dominate global temperatures. The fracking revolution shows that the theory of peak oil is dead and humanity has centuries of hydrocarbon energy remaining.

Trends show that renewable energy policies are failing.  Europe, the center of the green energy revolution, has cut back sharply on renewable investment.  Wind, solar, and biofuel programs are breaking national budgets and raising energy prices across the world.  An upheaval in energy and climate regulations is coming.